skip to main | skip to sidebar

United States v. Paramount Pictures, Inc., 334 US 131 (1948) was the landmark antitrust case that was spurred by a class action suit by several independent filmmakers who accused the studio system of conspiring to shut out any independent voices from the marketplace of ideas in the film industry. As a result of this case, the majors were ordered to divest themselves of entities that allowed them to vertically integrate every aspect of film production, i.e., writing, casting, directing, production, distribution and exhibition. The court outlawed the practice of "block booking’ in which the studios compelled studio-owned exhibitors to book studio releases well in advance, forcing them to show lesser "B" quality films in exchange for the right to show the future "A" quality films. Writers, directors, actors were under exclusive contract with the studios, making highly impracticable for independents to present their films to the public. The Sherman Antitrust Act of 1890 had already been made law in order to prevent anticompetitive practices, or monopolies that are designed to or have the effect of restricting the free flow of ideas in the marketplace.

Fast forward 60 years. Why is this relevant to "Black Man’s Trilogy"? The same situation that made it necessary for DOJ to sue the studios in the 40’s, once again exists with studio ownership by mega conglomerates Viacon, Time Warner, and Sony. These mega-conglomerates own studios, exhibitors, distributors, television networks and retail video stores. They’ve swallowed up many former independents and independent filmmakers, while preventing access to known artists by independent filmmakers without agency representation. It’s vertical integration, 21st century version. Outlets like Amazon, Create Space and Blockbuster (owned by Viacom) have become the few outlets available to independent filmmakers, particulartly those of color with multiculturally themed films. We see our theatrical-quality independent films languishing on Blockbuster Video shelves while inferior studio-produced films occupy theater screens. Quality films by filmmakers Rob Hardy and Will Packer and Craig Ross, Jr. to name only a few, go to video while films like "Soul Plane", "The Wash" and "Who’s Your Caddy?" (a film produced by Tracey Edmonds, a black producer, who hired white filmmakers to inflict this insult), waste valuable theater screens. Spike Lee and Robert Townsend would have been unable to penetrate the studio conspiracy of exclusion had they come about in 2007 instead of in the 1980’s. What happened to the renaissance of Black cinema that was expected after their respective successful releases, "She’s Gotta Have It" and "Hollywood Shuffle"? African American independants have been and are still making films. Look for them buried in your local Blockbuster Video store shelves and on Amazon and Create Space.

Any multicultural (read non majority Caucasian cast) film that threatens to display a modicum of gravitas receives a "we don’t know how to market it" response from those in control of the distribution and exhibition processes. Translation: "we believe that Black folks have neither the capacity nor the inclination to be challenged by non-comedic, non-mind numbing, non-dumbed down films. If we want to maximize our chances for financing and distribution, we know the studio-conceived formula to abide by. "Middle America" won’t pay to see films in which Black folks come out ahead. They like their black women fat and sassy or shapely and slutty, their black men thuggish, killing each other in the early scenes, athletic, or gay and, by all means, Black folks must sing and dance as often as possible. Black folks like to see films with church scenes and films in which Black folks sing and dance as often as possible. Let's not forget the old studios' cardinal rule - the Black dude dies first! The studio formula is not completely without merit. Even many intelligent Black folks don’t want to be challenged while being entertained. There are many other Black folks, in addition to many Hispanics, Asians, and other assorted ethnics, however, who are starving for more challenging multicultural entertainment, and that is the market that we would like to cultivate by writing and producing multicultural dramas, thrillers, action flicks and horror flicks. There are even some Caucasian folks who will pay to see the foregoing. Unfortunately, to do so, we must be prepared for the various Catches-22 of film packaging. Without distribution, there is no financing. Investors need to be repaid, and that probably will not happen from Blockbuster home DVD exhibition. We can finance independently, but the budgets will be very low, too low to support the quotes of most "distributable artists" . We may access a larger budget by attaching major multicultural artists, but you can count the number of "distributable" multicultural stars on one hand, and you will not penetrate their gatekeepers.i.e., William Morris, ICM, etc, without a gatekeeper of your own making the contact. I wonder if these artists have any idea how many potentially career defining roles they’re losing. You may try to use unknown or lesser known artists and self-distribute, but there will be no exhibition screens available since the second run theater market has been effectively crushed by the avalanche of $100 million studio features that are exclusively exhibited by the 20 screen megaplexes that are effectively monopolized by the studios. Blockbuster, Amazon and Create Space, here we come!

Does this sound like a promotion of the free flow of ideas in the marketplace? What happened to the outcome of U.S. v Paramount? Apparently the Justice Dept. asked that same question in 1997. Their investigation into the suspected anticompetitive practices of the major studios resulted in the issuance of Civil Investigative Demands (like subpoenas) to the major studios. Nobody seems to know what happened to that investigation, however, and it died quietly. My FOIA request in 2004 to inquire about the outcome of the investigation lay unanswered until about a month ago when DOJ, claiming "privacy" issues, and "deliberative privilege" declined to produce any relevant documents. What could have been so sensitive that DOJ refuses to inform the public as to the outcome? Don’t talk to me about "National Security". My appeal is pending, and I may end up in Federal Court. My filmmaking colleagues tell me that I could be blackballed if I make too much noise. My response: "Blackballed more than I already am?"

Actually, I digress. This article is supposed to be about "Black Man’s Trilogy". It’s a trilogy of short films by black male filmmakers with micro budgets, who tell stories from a black male POV. If you prefer films in which Black folks sing, dance and dunk basketballs or shoot each other, these are probably not for you. Fortunately there are so many other activities that are a part of the lives of African Americans, many of which are no different than the activities that are a part of the lives of Caucasians, Asian Americans, Hispanic Americans, etc. On the other hand, there are some issues and experiences that only African Americans can relate to. Some of those are found in "Trilogy". Don’t get it twisted, I know that comedies sell and dramas without star actors in them typically do not! I love comedies as much as the next movie fanatic, but how about some balance?

Check out this site to see who owns what: http://www.cjr.org/resources/

I learned that at one point, "Trilogy" was the #1 African American Action download on Amazon and the #7 in the A.A. drama category. Search for it on Amazon.com or Create Space.com.
Posted by Clifford Pulliam (google me) at 1:40 PM 1 comment: 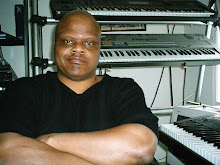 Clifford Pulliam (google me)
I made my first film at the age of 8, but I've been a guerilla filmmaker for over 20 years. I have 4 screenplays that need financing. I'm determined not to take these stories with me to the grave-these films will somehow get made!